LOOK AT ME! MY FIRST GUEST POST ON A BLOG PEOPLE ACTUALLY READ

Thanks to the amazing Alison at Alison Can Read, I have my first guest post on a blog that is read by more than my sisters (thanks guys!) and the few devoted folks that have been following my vacation pics (thanks to you as well!). Check it out here or below. Off to do some metaphorical cartwheels. Woohoo.

About Me: I am an aspiring young adult fiction writer suffering from delusions of grandeur. The novel I am writing contains multiple first person perspectives so I thought it’d be a good theme to explore. I just just started blogging two weeks ago and still have idea what I’m doing. But I love YA fiction, and that should count for something!

My blog: Nam Writes (and does other mildly interesting things) at www.NamWrites.com

The Future of Us by Jay Asher and Carolyn Mackler

Emma and Josh are next-door neighbors and best friends until the night everything changes in November, 1996. Their easy closeness is replaced by awkwardness until Josh’s family gets a free AOL CD and Emma installs it on her computer. When they sign on, they are automatically logged into Facebook viewing themselves fifteen years in the future.

After her best friend and next-door neighbor Charlie dies, Vera Dietz just wants to be left alone. She wants to forget that Charlie screwed her months before he died; she wants to forget that her mother left her when she was twelve years old; and she just wants to be the kick-ass pizza delivery girl she has become. Except Charlie has other plans for her. The memory of Charlie haunts Vera, forcing her to find out what really happened to Charlie and confront the truth about their relationship and her life.

When Jordan and Courtney were boyfriend and girlfriend, completely and irresistably in love with each other, they planned a cross-country road trip to the college they are both attending. That was before Jordan dumped Courtney for a girl he met on the internet. But the road trip is still on, and the more Courtney tries to pretend she is over Jordan, the more she finds she is definitely not.

A Museum For YA Enthusiasts — In Croatia

Bet you didn’t think I was going to sneak young adult fiction into my Croatia trip? Gotcha!

In Zagreb, we popped into The Museum of Broken Relationships (I’m not making this up) and I immediately thought: This museum is fodder for every young adult novel I want to write. I was so enamored, I purchased these hysterical postcards I probably will never use and will find years from now in an old box someplace gathering dust. 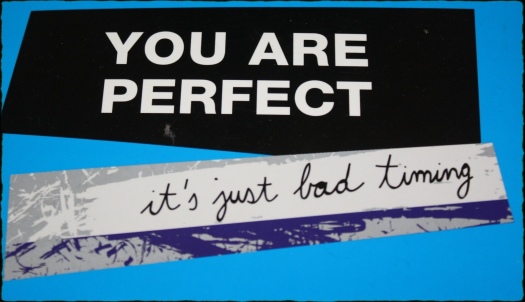 Just downloaded on my ipad for the long plane ride to Croatia tomorrow (there are so many words in that sentence that make me want to dance):

BEFORE I FALL … COMING TO A THEATER NEAR YOU

Looks like Before I Fall by Lauren Oliver (author of Delirium fame) will be made into a movie by Fox 2000. According to Oliver’s blog, Before I Fall has signed Director Gina Prince-Bythewood who directed The Secret Life of Bees.

I read Before I Fall a while ago and very much liked the concept in which Samantha Kingston relives the last day of her life multiple times. I’m curious to see how how Prince-Bythewood avoids the trap of making a non-funny version of Groundhog Day.

I’m just going to come out and say it: I’m not a fan of your typical YA book cover. Pretty girl with half a face (or no face at all) looking wistful and romantic on a beach or in a field of flowers that can’t possibly be real. If I wanted to lie in a field of rainbow flowers, I’d have to catch the first flight to imaginary land because there are no such lovely fields near my house.

I like bold, artsy covers that dare to forgo the pretty girl and/or pretty boy. Happily for me, these covers are popping up more and more. These are my top 10 favorite covers of 2012… so far (not including yet unpublished books whose covers have been revealed).

P.S. My choices do not reflect the quality of the book itself. I have not yet read some of these books.

Me: This is beautiful. Read the evolution of the cover design here.

2) The Statistical Probability of Love at First Sight by Jennifer E. Smith (January 2012) 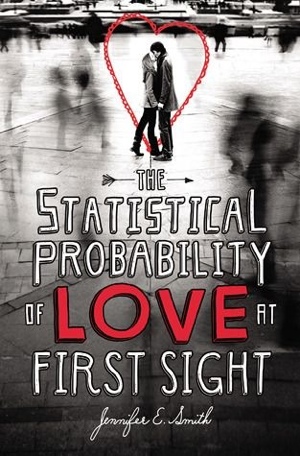 Me: I like the contrast of black and white photography with a splash of vibrant color. Having read this book, I also like how the cover captures the passage of time.

Me: This cover says “Screw the pretty wistful girls with their long hair fluttering in the wind, the certain result of a strategically placed fan in the background and the muscled, brooding boys who lean just so against their lockers.” This cover is not afraid to be simple and bold. 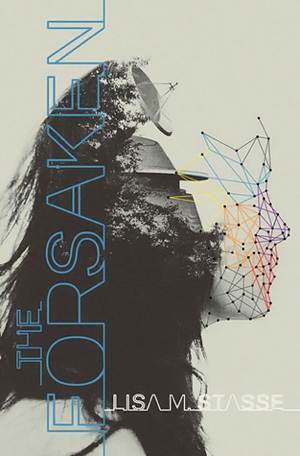 Me: No idea what this book is about, but I want to read it because the cover is simultaneously lovely and disturbing.

Me: Bold, pretty colors, simple type. This cover sells itself by not overselling itself.

6) The Other Life by Susanne Winnacker (February 2012)

Me: The plot of this book sounds a tad too dystopian for me, but the cover made me read the summary. I’m a sucker for handwritten type.

Me: Half a pretty face? Check. That said, the shadowed type more than makes up for it.

Me: Type as art. You don’t need half faces when you have letters.

Me: Yes, this cover contains half a face, but the murky, mysterious reflection in the water speaks to me. Here’s to turning stereotypes on their heads.

Me: You know when a TV actress is pregant in real life but not pregnant on the show and the writers try to hide her protruding bump with large boxes and strategically placed furniture? Sometimes, I feel like YA novels are trying to do the same thing — hiding the protagonist’s face instead of her stomache. Some of these efforts are cheesy. This one is endearing.

What do you think? Have I missed any amazing covers? Are any of my picks so unworthy you find yourself yelling at the computer screen? Let me know.

THE WRITING PROCESS: TOP 5 TV SHOWS THAT HELP ME WRITE

By that I mean, I hate silence. No matter what I’m doing — working, writing, running, cleaning, sitting or staring into space — I need background noise. Maybe it’s because I grew up in a house with six siblings or maybe it’s because my brain is screwed up. Who knows?

This is especially true when I’m writing my novel. Sometimes I listen to music, but sometimes I watch TV, especially shows I’ve seen a gazillion times and practically know by heart. People ask me: How can you concentrate on writing when there is a TV show on? Answer: I don’t know, but it actually makes writing easier. That said, here are my top five shows I like to watch when I’m writing:

2. Greek: Oh ABCFamily, what would I do without you? Also, I have a bit of a crush on Rebecca Logan.

4. Gilmore Girls: Fast-talking, too-smart-for-their-own good characters making it on their own in a town that is almost too weird to be real. If only Bunheads were this good.

5. Scrubs: Underrated show about a guy who talks to himself constantly. 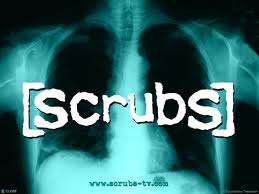 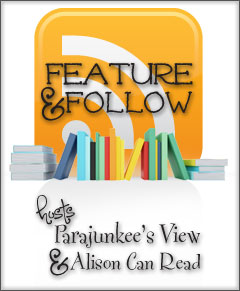 Feature & Follow Friday is a blog hop hosted by Parajunkee and Alison Can Read where you can meet new people in the young adult book blogging world. Kudos to them. The question of the day is… wait for it…

Question of the week: What was your favorite book that you were REQUIRED to read when you were in school?

Answer: It’s been a long time since I’ve been required to read a book, so I’m really pushing the old noodle to full capacity on this one. I’d have to say Frankenstein in high school. I used to do dramatic readings to an audience of zero in our basement… yes, I was (am?) a dork. In college, it was definitely The Woman in White by Wilkie Collins.

Book trailers are a new phenomenon, and though at first, I said “huh?” I’m starting to get the appeal. Here is the trailer for Pushing the Limits by  Katie McGarry, out July 31st. At first blush, it sounds like yet another book about troubled girl and troubled guy who find a way to be slightly less troubled together, but there has been a lot of positive buzz about this book and a lot of good reviews, so I plan on reading it as soon as it becomes available to us common folk.

NPR has narrowed its ongoing best-ever teen novel contest to 235 finalists. Now you get to vote for up to 10 novels to help choose the winning 100.

Bad News: I’m not sure I like anything I wrote today.