What: A week in Paris, France 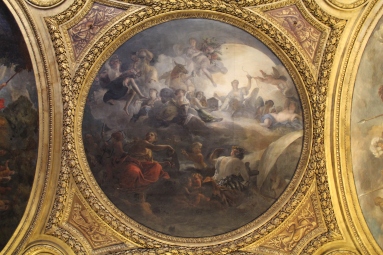 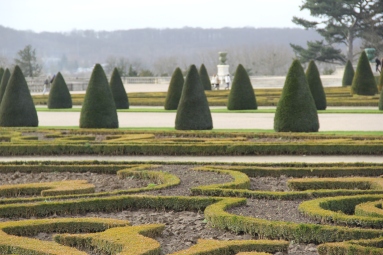 Parc du Champs de-Mars, or the long stretch of park just south of the Eiffel Tower. The “sky scraper” at the end is Tour Montparnasse, Paris’ tallest building. 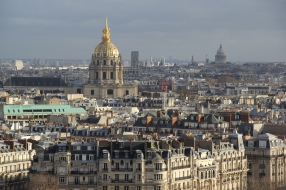 The gold-topped building is officially known as L’Hôtel national des Invalides (The National Residence of the Invalids), is a complex of buildings in the 7th arrondissement of Paris, France, containing museums and monuments, all relating to the military history of France, as well as a hospital and a retirement home for war veterans, the building’s original purpose. The buildings house the military museum of the Army of France , as well as the burial site for some famous Frenchmen, including Napoleon Bonaparte. The smaller dome-topped building in the distance is Paris’ Pantheon, originally built as a church dedicated, but now functions as a mausoleum containing the remains of distinguished French citizens.

Place du Trocadéro is directly across the Seine from the Eiffel Tower. The place was named in honor of the Battle of Trocadero, in which French forces captured Isla del Trocadero in southern Spain in 1823. The original Palais du Trocadero was built to host meetings and concerts for the 1878 World’s Fair. In 1937, the old building was destroyed and replaced by today’s Palais de Chaillot which now sits atop Trocadero and houses a number of museums.

The Arc de Triomphe stands in the center of the Place Charles de Gaulle at the western end of the Champs-Élysées. The Arc was commissioned in 1806 after the victory at Austerlitz by Emperor Napoleon, but wasn’t finished until the 1830s. Today, it honors those who fought and died for France in the French Revolutionary and the Napoleonic Wars, with the names of all French victories and generals inscribed on its inner and outer surfaces. The monument stands 164 feet in height, 148 feet wide and 72 feet deep. It was the largest triumphal arch in existence until the construction of the Arch of Triumph in Pyongyang, in 1982.

The Grand Palais (Great Palace) is a large exhibition hall and museum complex located at the Champs-Élysées in the center of Paris. The structure was built for the Universal Exhibition in 1900 and dedicated to the glory of industry.

You can find the Notre Dame Cathedral by the church’s two imposing bell towers. Located on the eastern half of Île de la Cité, Notre Dame is considered one of the finest examples of French Gothic architecture and among the largest and most well-known churches in the world. Construction on the church began in 1160 and was finally completed in 1345. 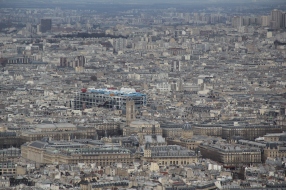 Built in 1977, the Pompidou Centre houses Paris’ modern art collection. In the spirit of modern art, the museum’s iconoclastic architecture has an inside-out feel. The top floor of the museum also hosts a stunning view of the city. 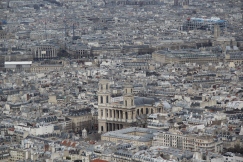 The Abbey was founded in the 6th century by the son of Clovis I, Childebert I. Over the years, it became a center of intellectual life in the French Catholic church until it was disbanded during the French Revolution.

The Sacré-Cœur Basilica is a Roman Catholic church in northern paris. A popular landmark, the basilica is located at the summit of the hill Montmartre, the highest point in the city. Construction began in 1875 and was finished in 1914. It was consecrated after the end of World War I in 1919.

It’s the Mona Lisa!!! All I have to do is squeeze through the fifty people in front of me. There, I’m actually looking at the Mona Lisa. Wait, it’s so small. Why does everyone make such a big fuss about this?

The Eiffel Tower in the distance as we walked toward it.

The Eiffel Tower at night 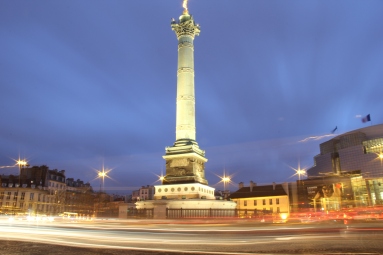 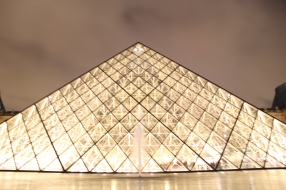 The Eiffel Tower at night from Trocadero

A Cartier store bursting with color

The scary man in the middle is a statue of Alfred Dreyfus from the infamous Dreyfus Affair.

Wait…I thought the other place had the best fallafel in the world?

This Art Nouveau synagogue was designed in 1913 by Hector Guimard, the same dude who designed Paris’ famous metro entrances.