Scotland #18: Where to Stay in Scotland

The goal of picking hotels for our Scotland trip was to spend as little money as possible while maintaining a basic standard of quality. I wasn’t expecting anything grand – I just wanted to stretch my points as far as they would go.

This is not the most interesting post, but in case anyone is planning a trip to Scotland and wants to see some options, I’m happy to be of service.

I booked this hotel back when Club Carlson offered an insane deal to anyone who held the Club Carlson credit card: Last night free when you book a hotel with points. Our three nights in Edinburgh, in the heart of Old Town, was only 80,000 points (40,000 points per night).

For a mere, 20,000 points, we got a free stay at the Double Tree en route to the Highlands. The room was nice, but on the small side.

There was only one points option here: The Holiday Inn, and probably not the best points value, but better than paying $200 a night. We stayed three nights here. Nothing to write home about, but it got the job done.

Isle of Skye: The Bosville Hotel

This was the nicest hotel we stayed in, and the only one we paid for. There are no points options on the Isle of Skye, and the hotels can get pricey here. We chose a mid-level boutique hotel at about $250 a night, and it was quite lovely with a very large space and complimentary breakfast. 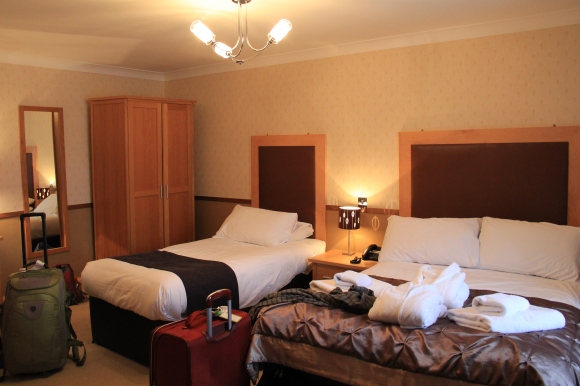 We barely spent any time in the hotel. We just wanted a place centrally located, so I unloaded another 40,000 Club Carlson points and booked a room at the Radisson Blu Glasgow. 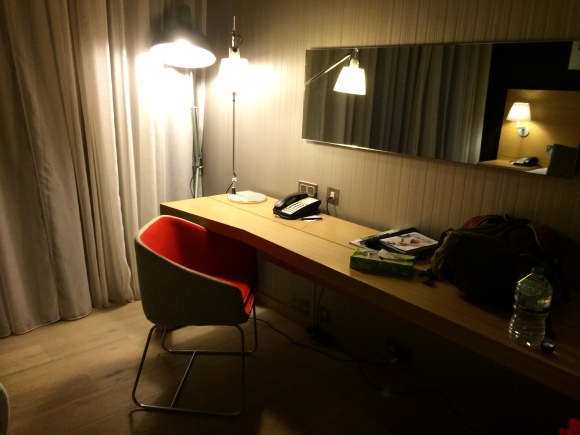