It was June when we visited Leiden, but this post is particularly timely as we approach Thanksgiving.

What does the small city of Leiden, Holland have to do with American Thanksgiving? Everything apparently.

Many early Americans, including the Pilgrims, lived in the Netherlands before they journeyed to America. With its religious tolerance and proximity to England, Holland was a natural place for the religious dissenters to settle.

According to The Smithsonian, a group of Pilgrims settled in Leiden in 1609 and lived there until 1620 when they boarded a ship called the Mayflower. Some suggest that the holiday of Thanksgiving is based on a customary Dutch feast in October commemorating the lifting of the Spanish siege of Leiden in 1574.

We were able to see a piece of that history at Pieterskerk (St. Peter’s Church), a looming gothic building where John Robinson, the Pilgrims’ pastor, is buried. 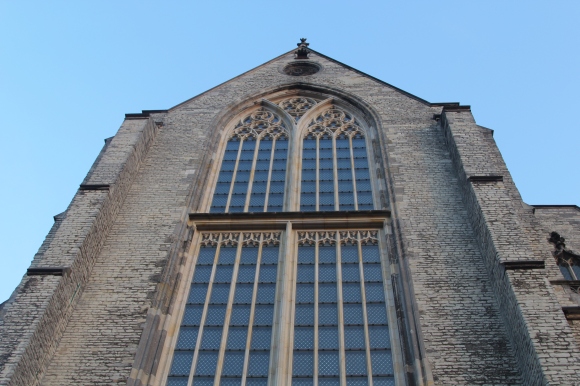 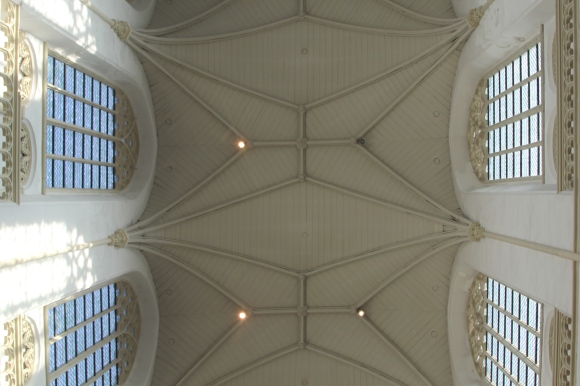 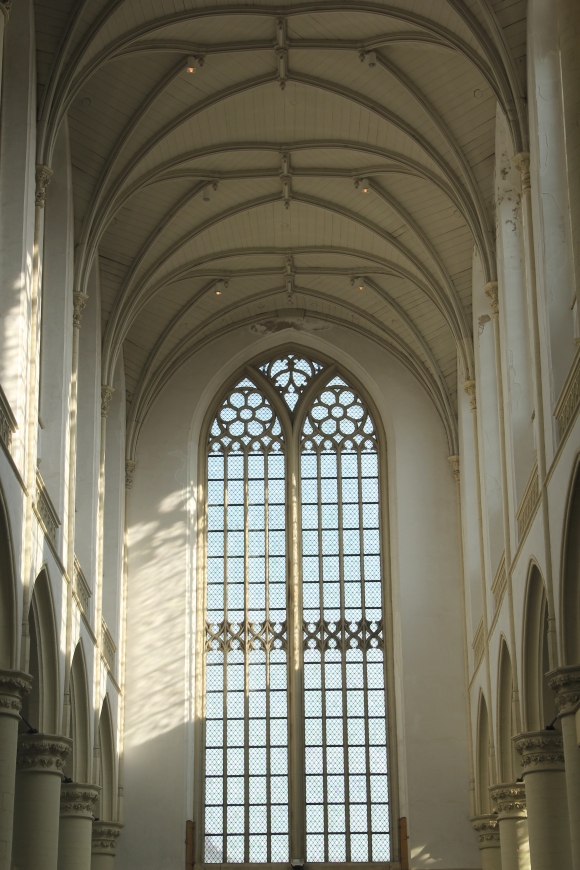 We also stopped at the Leiden American Pilgrim Museum, a tiny and quirky museum dedicated to the Pilgrims’ life in Leiden, run by Jeremy Dupertuis Bangs. Bangs is an American who has lived in Holland for over 30 years.

The two-room museum sits in a typical Dutch home from the Pilgrim time period (although not one that actually belonged to one of the Pilgrims) and contains a hodgepodge of artifacts, relics, and books related to the Founding Fathers.

Bangs wrote his own tome dedicated to the Pilgrims’ life in the Netherlands. 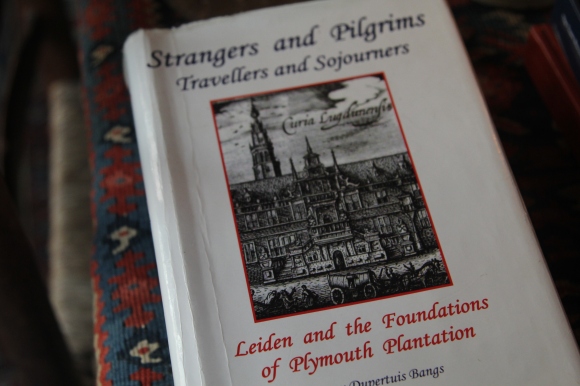 This is an example of the kind of books the Pilgrims would read about the New World as they investigated options for a new home. 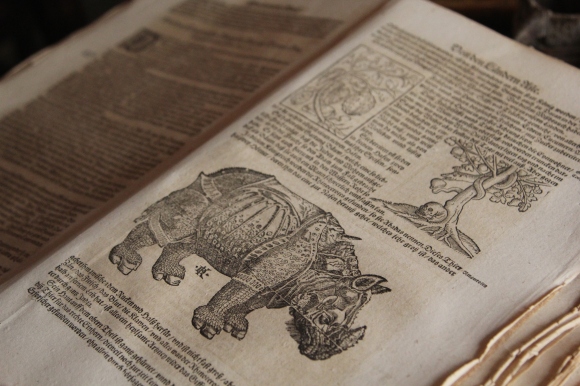 The first room is made up like a 17th century Dutch home.

Here is Bangs showing M a map of the New World. 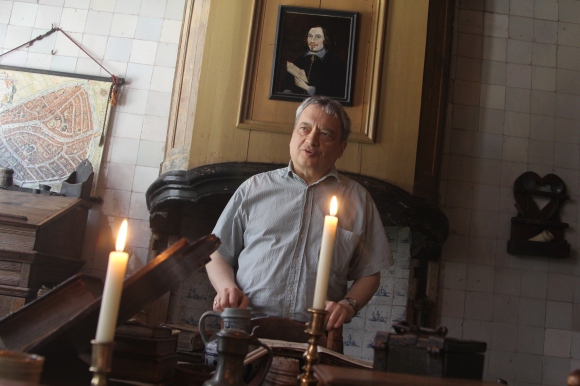 The second room next door contains an assortment of antiques like these plates and jugs. 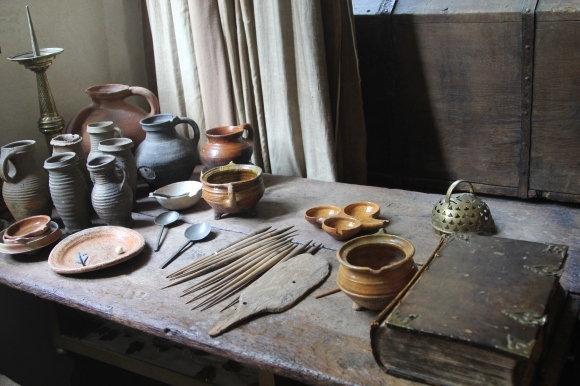 Happy Thanksgiving and thanks for reading! As I write this post – now nearly six months old – M and I are back in Europe and enjoying Berlin. Updates to come!

One thought on “Holland Part 6: Thanksgiving in Leiden”