Going to Holland one week after we got back from Iceland and Ireland was a crazy idea. But what’s that saying about all the best ideas being crazy ideas….?

Our Iceland/Ireland trip was long on the books when M got invited on a press trip to Holland to see an exhibit celebrating the 100th anniversary of theDe Stijl movement.

M couldn’t pass up a free press trip to his favorite country, and I had never been to the Netherlands. So even though I knew I would be exhausted, I used my Chase miles to book a KLM flight via Flying Blue.

We planned a couple of free days in Amsterdam on either end of the press trip, and joined up with the Holland tourist office on a jam-packed itinerary that took us to The Hague and Leiden – two key cities of the De Stijl movement.

M promised me I would love Amsterdam, and he was right.

Amsterdam is a unique city with its own culture, feel, and architecture. Of course, there are the famous canals. I did not adequately appreciate how pretty they would be or how much I would love exploring the maze of streets and waterways.

Our first day, we walked all around the city, covering nearly seven miles of canal ogling. We had no agenda, no museums, no exhibits, just pure exploration.

We started at our hotel, the Renaissance Amsterdam (Marriott), and made our way to Dam Square – Amsterdam’s historical center just south of the central train station. It’s a great place to people watch, grab a snack, or snap pictures, like I did of this street performer. 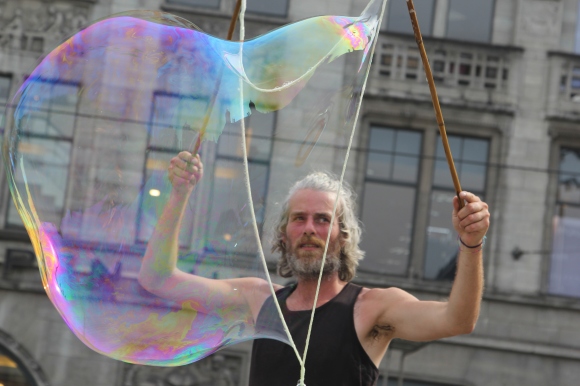 We continued south, looping around the Singel canal to the floating flower market, enjoying the sites along the way. 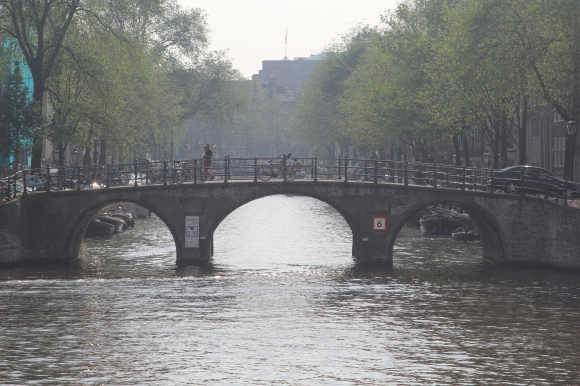 The floating flower market is exactly what it sounds like. You can buy all kinds of plant seeds, flower bulbs, wooden tulips (which we already have plenty of), and other souvenirs, including your own cannabis starter kit. Because who doesn’t need a cannabis starter kit? 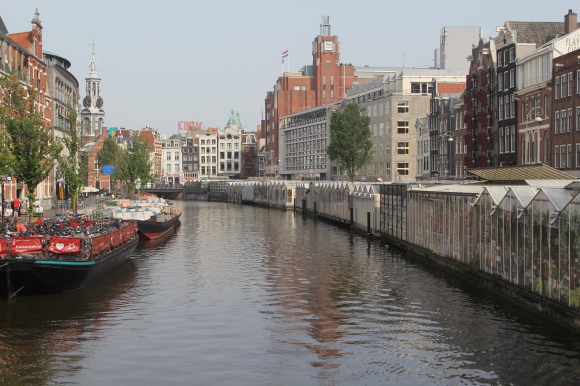 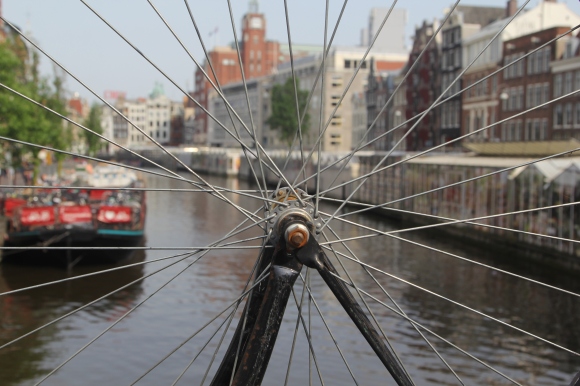 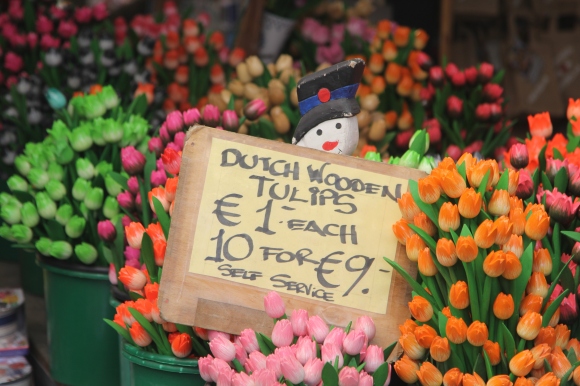 M suggested that we check out an old-fashioned Dutch windmill at the Eastern Docklands, so we continued southeast along the Amstel canal. We passed de Schaduwkade monument, a memorial to the 200 Dutch Jews who lived in the neighborhood before the Nazi occupation. 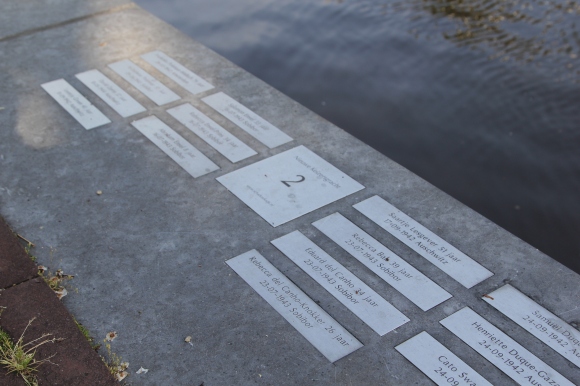 Nearby you can check out Magere Brug, a narrow historic bridge for pedestrians and cyclists.

We stopped to watch the biggest boat crossing we have ever seen. 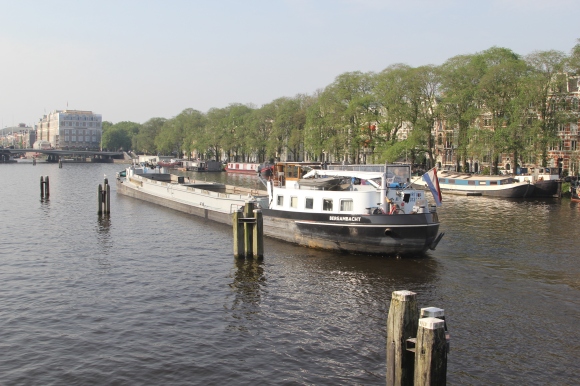 We continued to Oosterpark, which turned out to be a beautiful surprise. 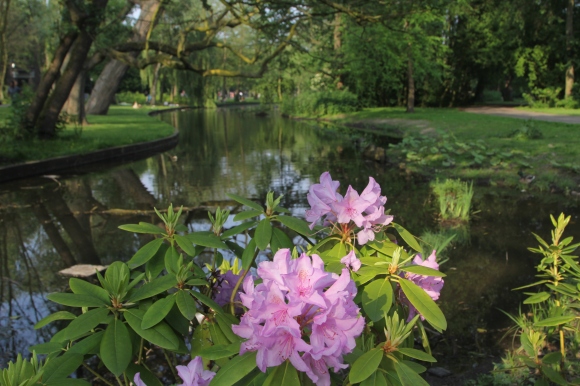 Okay, so this was weird. In Holland, if you’re a man (and super lazy), you can just pee outside in an outdoor urinals. Let me just tell you from personal, first-hand experience, they do not shield as much as you might think.

Finally, we made it to our windmill at the Eastern Docklands, and enjoyed a breather  at a Dutch beer garden (beer for M, water for me). 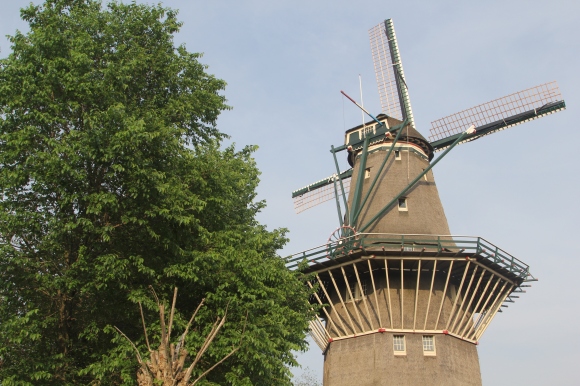 I love the geometric architecture.

After that, we made our way back to the hotel. Of course, there were more pictures. 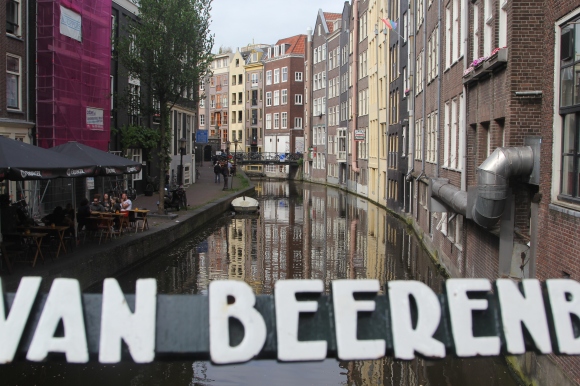 Here is the view of the central train station at dusk.

Our first day in Amsterdam was tiring (starting with a flight snafu that involved a last- minute refuel stop in Brussels and an hour-long wait for our luggage), but awesome. I can’t believe it took me so many years to visit this incredible city.