First, a mea culpa. I have been AWOL, but this time it’s not just good ol’ laziness to blame. Election time is busy season for me, and I have been swamped with work. You know how accountants can’t breath or sleep during the first half of April? That’s me in September and October — just guzzling Diet Cokes faster than I can buy them. So that’s my excuse. Now the fun stuff.

M and I had our first collaborative effort published. Really, M gets most of the credit. He’s written a couple of articles about an amazing art exhibit called Washed Ashore. His latest is published in Sierra Magazine, and I contributed the photographs! Go us.

Washed Ashore is the brainchild of artist Angela Hazeltine Pozzi. The Oregon-based artist noticed the tons of plastic and debris littered across our beaches, and decided to turn the garbage into art. Her staff is made up of volunteers, and they spend hours collects, sifting, and organizing piles of beach garbage. Toothbrushes, bottle caps, beach toys, shoes, flip-flops — everything you can think of — become a piece of a sculpture.

The Smithsonian Zoo in Washington D.C. hosted an exhibit of Angela’s sculptures this summer, and M and I had a great time exploring and taking pictures. Here’s the most amazing part: Angela and her group don’t paint any of the items they collect. They use all the debris exactly as they found them.

When you walked into the zoo, you were immediately met with a giant, colorful parrot fish named Priscilla. 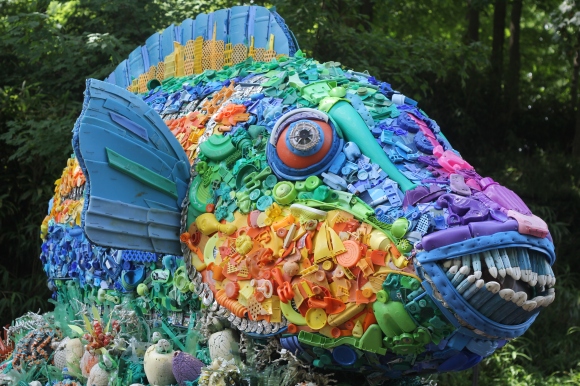 The exhibit has since left the Smithsonian Zoo, but it is moving across the country and will even make a stop at the State Department here in D.C. Check out the website for details on where the Washed Ashore animals are going next. Here are some of my favorites. 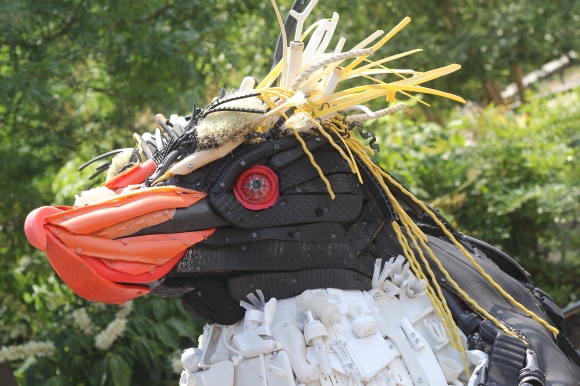 Close-up of Lidia the Seal 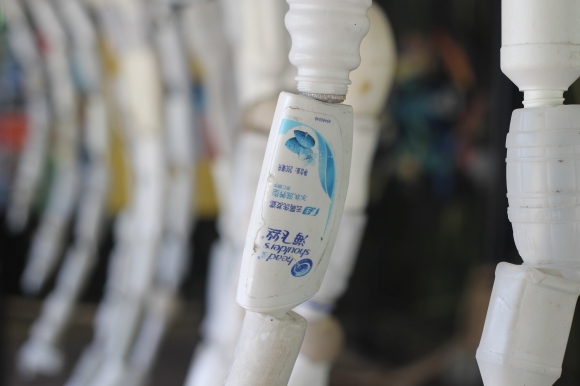 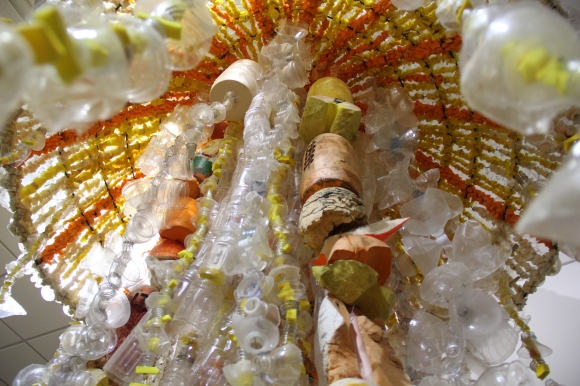