I hope you’re not tired of listening to me gush about the  power of miles and points. WARNING: There is more gushing to come. We leave for Vietnam in one week (!!!!!), and we’ve been busy planning.

The short story is we booked 12 nights at pretty nice hotels for $92.50 a person. Here’s the breakdown:

Hanoi: Three nights at the Sheraton Hanoi for 10,000 SPG points.

The long story is, well, much longer.

As soon as Lisa and I booked our flights to Vietnam, I made a map and chart of all the possible hotel options. I did an audit of my hotel points and asked Lisa to do the same. I had spent many of my points in Scotland, so I need to figure out which points I needed to restock.

We started with Lisa. I had convinced her to get the IHG credit card for a bonus of 70,000 points. A couple of months later, Lisa was sitting on 75,000 IHG points. That was enough for three nights at the Intercontinental Asiana Saigon Residences in Ho Chi Minh City at 25,000 points a night. Ho Chi Minh has a number of nice hotels – from Hyatt, to SPG, to IHG, to Marriott – but the Asiana Residences offered apartment sized rooms with an actual living room and kitchen. That was a no-brainer. I just had to cobble together points for two additional nights. Luckily, the anniversary on my own IHG credit card reset on October 1, granting me another free annual night. Four nights down, one to go. Thanks to IHG’s 10 percent rebate on redemptions and my Chase points, I managed to accrue 20,000 points. That plus $40 gave us our fifth night. 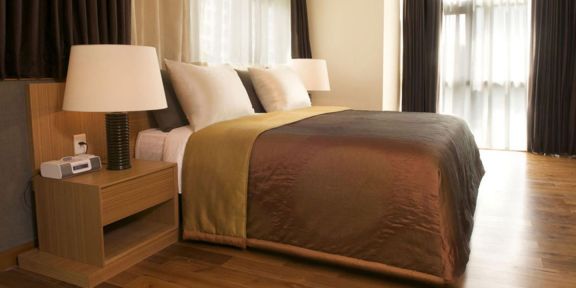 Next up is the coastal city of Da Nang. This was a simple process of elimination. Da Nang has two points hotels: The swanky Intercontinental and the Hyatt Regency. We were fresh out of IHG points so I needed to cobble together three nights’ worth of Hyatt points. My Hyatt credit card give me a free annual night at a category 1 – 4 hotel. That’s one night. I transferred 12,000 Chase ultimate reward points and booked our second night. For our third night, I used 6,000 Hyatt points and $75. Three nights – done. 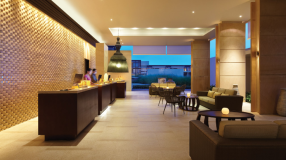 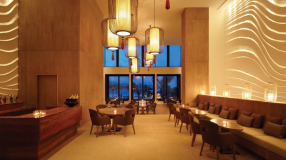 Our next stay is in the ancient city of Hue. There are no points hotels, but plenty of great, affordable options. You can book a motel for as low as $15, but we splurged on the four-star Eldora Hotel for $70. 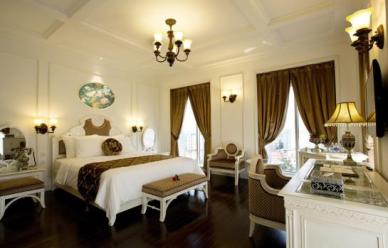 Our last hotel stay is in Hanoi. We decided to stay in the ultra-bargain Sheraton (where my SPG credit card will get us access to the lounge!) for 3,000 – 3,500 points a night. 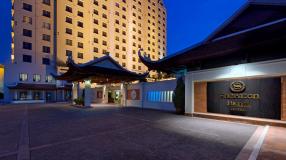 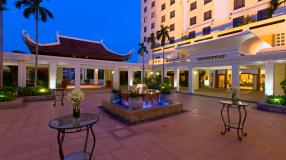 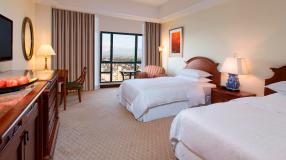