Scotland #3: The View from Scott Monument

Scotland #1: Welcome to Edinburgh!
Scotland #2: The View from Arthur’s Seat

We took it easy on our last full day in Edinburgh. I was starting to get sick (getting sick on vacation is no fun – in case you’re curious) and I collapsed in my hotel bed at 3 p.m. But before said collapsing, we headed to Scott Monument in New Town to check out the views of the city from the top of the most recognizable monument in Edinburgh.

It’s hard to miss the gothic spire that defines Edinburgh’s skyline. In 1858, Charles Dickens said, “I am sorry to report the Scott Monument a failure. It is like the spire of a Gothic church taken off and stuck in the ground.” Love it of hate it, the man for whom the monument is built – Sir Walter Scott – is beloved in Scotland. His Waverly novels celebrate Scotland’s rebellious history and are credited with reviving Scottish pride. 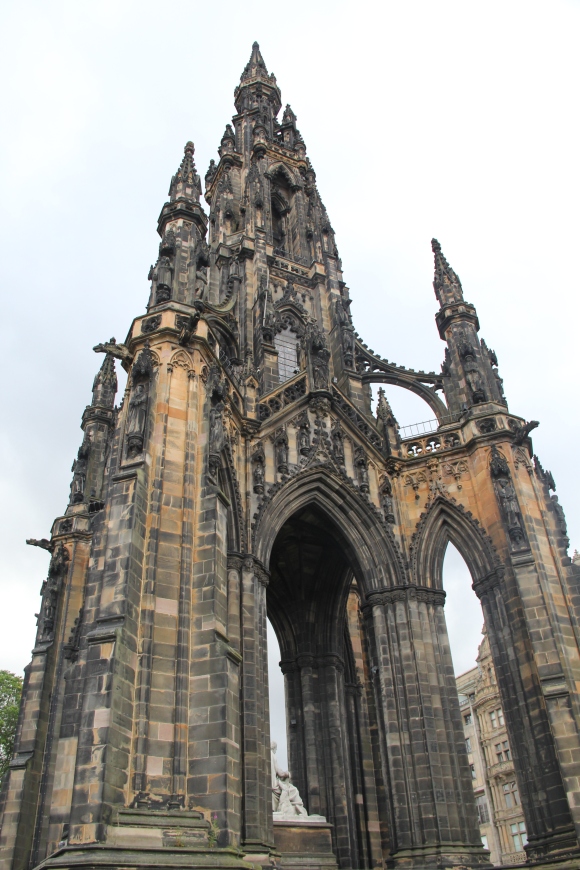 There are 287 steps to the highest platform, involving a narrow, slightly breathless climb. Luckily, there are plenty of opportunities to stop along the way and take pictures. 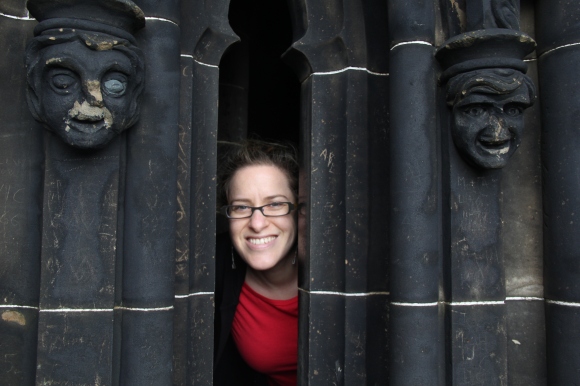 The view of the romantic Old Town and Arthur’s Seat from Scott Monument.

We had a great view of Princess Street, the wide boulevard bordering the New Town on the south.

Scott Monument is located in Princess Street Gardens, a pretty patch of greenery where Scotts relax, stroll and hang out.

Jenners is the largest and oldest department store in Edinburgh – the Macy’s of Scotland. It’s located directly across the street from Scott Monument.

And of course, some requisite pictures of the Dynamic Duo!

After Scott Monument we headed back to Old Town. My scratchy throat and headache were starting to get the best of me.

We discovered charming Victoria Street, not far from the University of Edinburgh, marked by cute cafes and colorful shops.

After that, it was back to the hotel for a nice, long nap. I could not have been happier.

18 thoughts on “Scotland #3: The View from Scott Monument”