Part #1: Off to China
Part #2: The Joys of Hilton Gold
Part #3: Getting a Chinese Visa
Part #4: Exploring the Hutongs
Part #5: A Walk in the Park
Part #6: Tiananmen Square and the Forbidden City
Part #7: The Great Wall is Truly Great
Part #8: Beijing’s Art District
Part #9: Bulletting Toward Shanghai

The best thing about our Radisson Blu hotel in Shanghai was the price and the location. The hotel itself was just okay. The decor was a bit outdated; the room was on the small side; and I didn’t get much for my gold status. 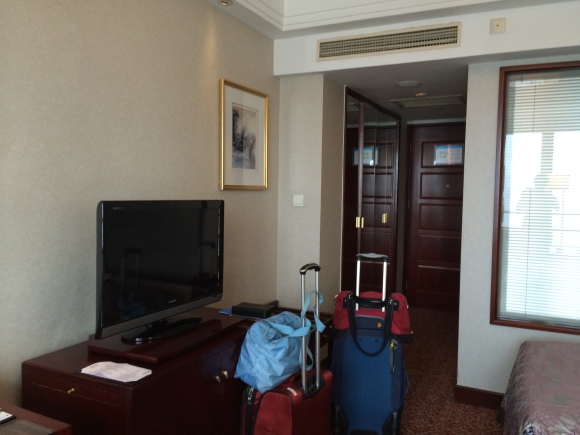 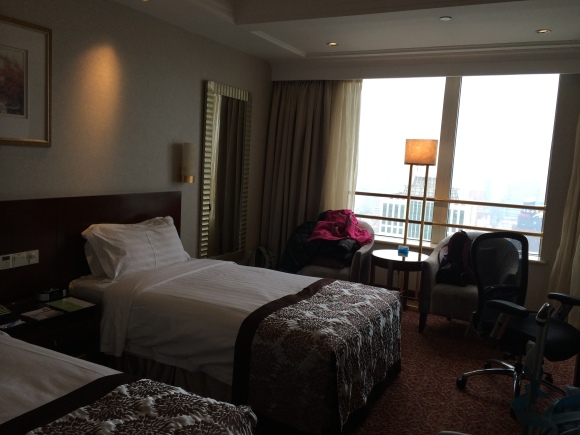 If you look closely you can see the Oriental Pearl TV Tower all the way on the Pudong.

That said, the price was hard to beat. Since I have the Club Carlson credit card, I get the last night free whenever I book a night with points. To maximize this bonus, I booked the first two nights as one reservation on points – getting the second night for free. I booked the third night using cash. And I booked the last two nights with points, getting the fifth night for free. In the end, I used 100,000 Club Carlson points and about $200 for five nights at a decent hotel. Not too shabby.

The next best thing about the hotel was the location. Shanghai is huge, with many distinct neighborhoods. The Radisson Blu is located across the street from the People’s Square and the intersection of three subway lines. It is also a pleasant 15 minute walk to Shanghai’s famous Bund. Finally, it is located on Nanjing Road, which is the equivalent of New York’s Broadway or Fifth Avenue. Teeming with stores and people, Nanjing Road stretches from east to west from the Bund all the way across Shanghai. It also contains a pedestrian-only stretch which fills with people day and night. 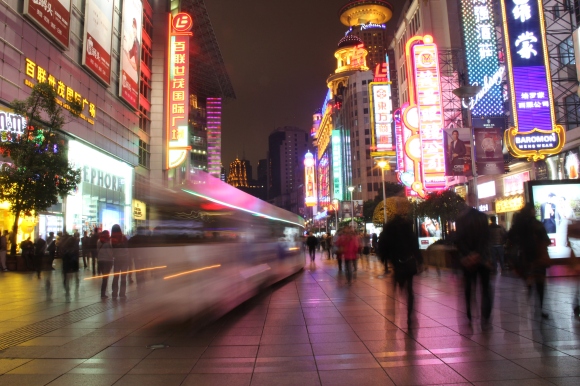 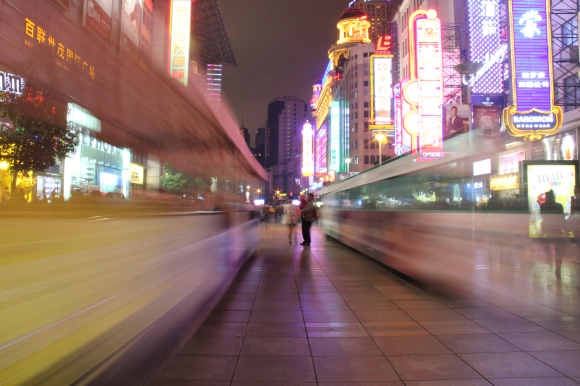 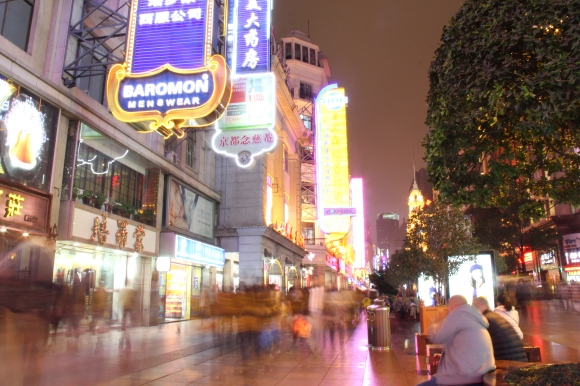 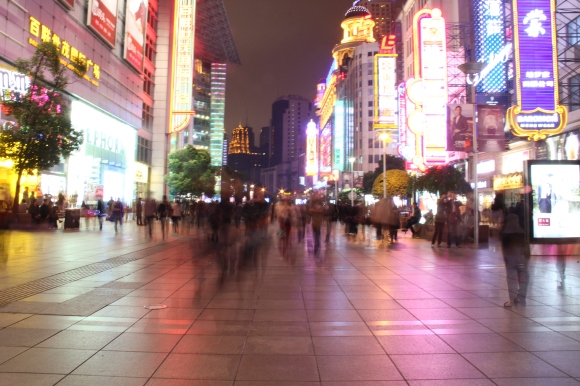