I’ve been a bad blogger. This week has managed to run away from me, and I’ve been completely delinquent in my Bermuda posts. Have no fear. I AM BACK.

Bermuda isn’t famous for any one particular site like some countries are, but it does have a number of touristy items, and we managed to cross a bunch of them off our list.

First, we took a bus from Grotto Bay to the capital city Hamilton, where all the tax evaders are hard at work. It’s the only place on the island where you see real office-type buildings, including this new swanky gem. 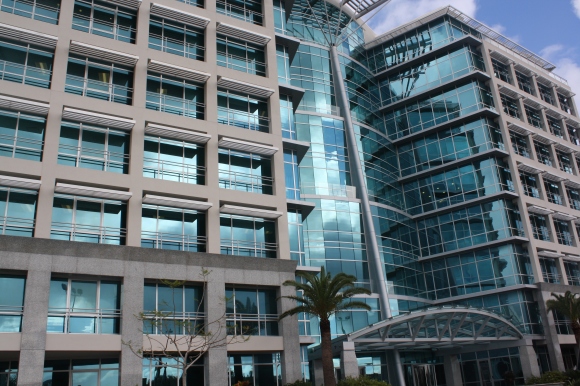 We had two hours until our boat left for the Dockyard so we took a walk up to Fort Catherine, one of Bermuda’s many forts. 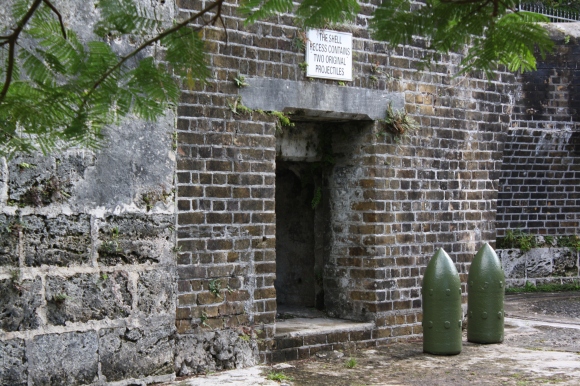 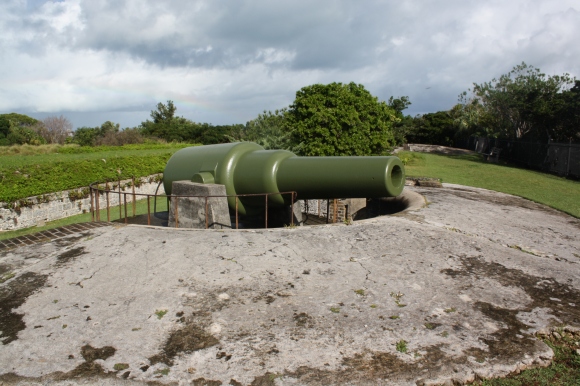 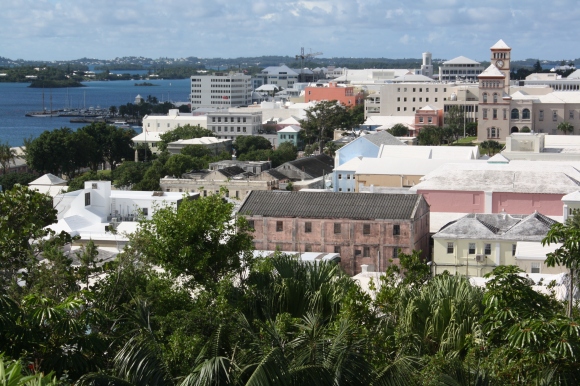 The awesome view from the top of Fort Catherine

We admired this lovely view and then quickly high-tailed it back to the dock. The 20 minute boat ride from Hamilton to the far western end of the island was a pleasure — far more pleasant than the morning’s bus ride in the sense that neither of us were in danger of losing our breakfast. And the views were stunning. 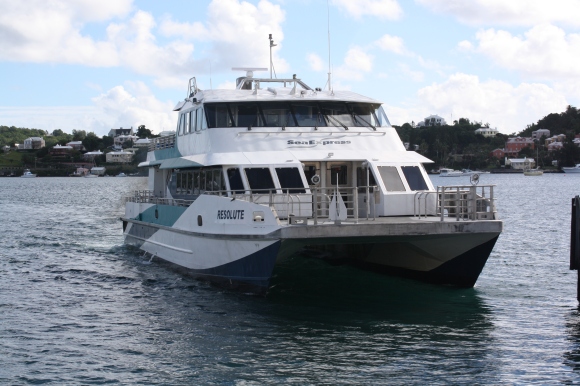 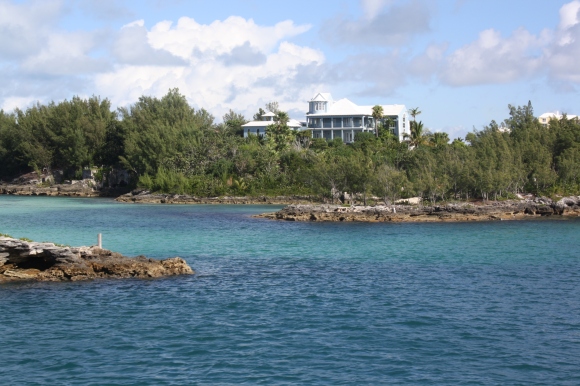 Look how incredibly green the water is 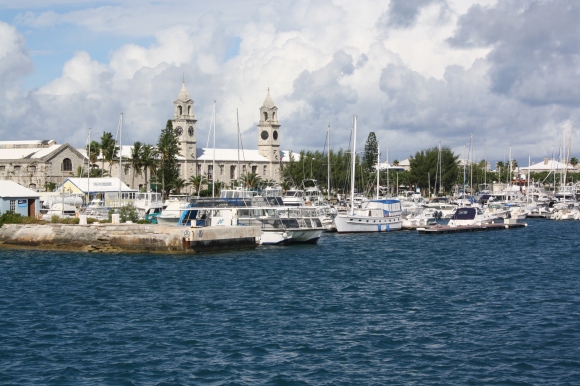 The Royal Naval Dockyard was the main base of the British Royal Navy in the western Atlantic following American independence up until the Cold War. Today it hosts a national museum, a snorkel park, a dolphin park that will set you back a couple hundred dollars, restaurants, shops, a crafts market and all sorts of other touristy things. We were surprised to find this major tourist attraction fairly empty, but we enjoyed wandering about, and even forked over 10 bucks a piece to check out the museum. 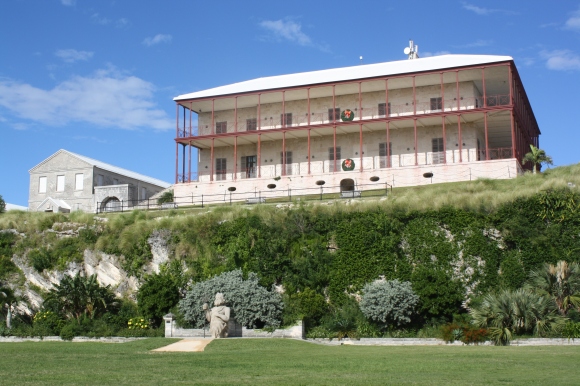 This is the Commissioner’s house. I don’t really know anything about it but it is now a museum. 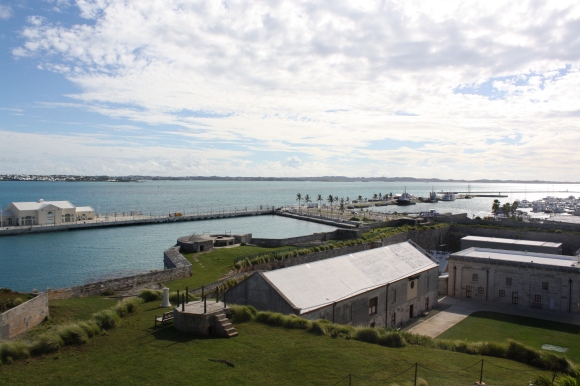 This is the awesome view from the Commissioner’s house 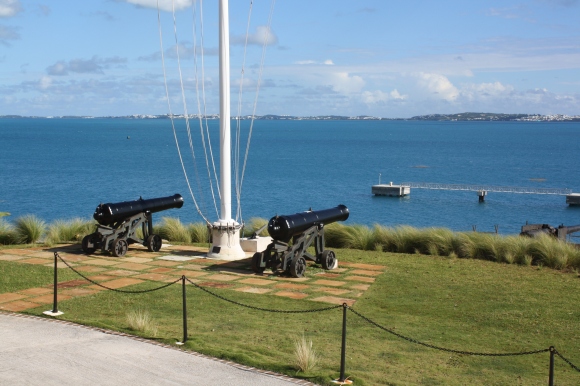 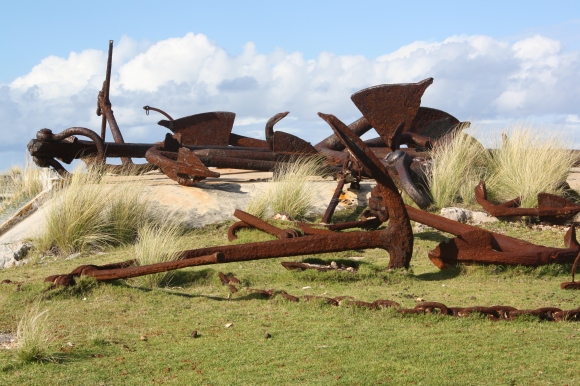 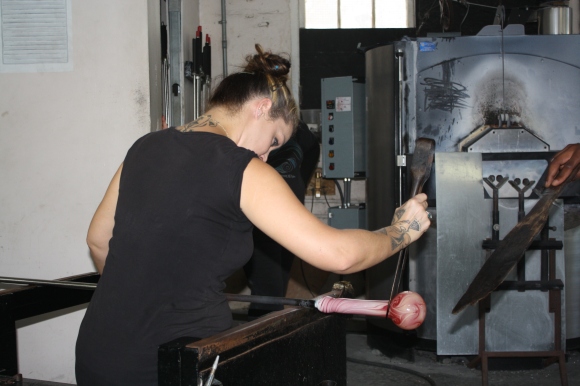 In another lifetime, I would like to be a glass blower.

More to come on our venture to the eastern end of the island. Stay tuned.

One thought on “Bermuda Part 3: HAMILTON AND THE ROYAL NAVAL DOCKYARD”